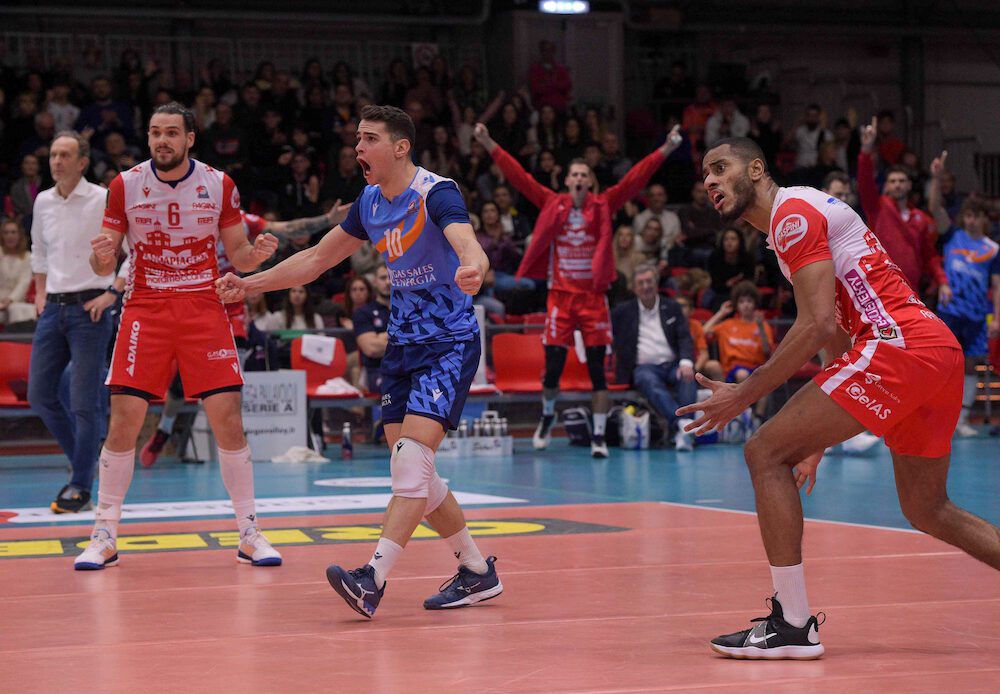 It seems that things are going for the better for Gas Sales Bluenergy Piacenza after a dissatisfying start to the season in the Italian Men’s Volleyball Championship.

Gas Sales Bluenergy Piacenza conquered Verona, beating the hosts WithU with a score of 3-1 (25-21; 23-25; 25-23; 25-23) in the vibrant clash valid for the 12th round of the 2022-23 SuperLega Credem Banca. The ‘Wolves’ got an important success thanks to which they hoisted themselves to second place in the standings. Piacenza have +2 compared to Valsa Group Modena, who’s expecting their match of the round tomorrow against Pallavolo Padova, and +3 in relation to Verona.

This was the third consecutive victory in the league for the team commanded by Lorenzo Bernardi, who was held tonight by Cuban-Brazilian Yoandy Leal (23 points). Yuri Romanò served 4 aces and French Antoine Brizard set up 4 blocks. Russian giant Maksim Sapozhkov had his usual notable scoring display (24 points).