WorldofVolley :: ROU W: Ukrainian beauty who made sensation on social media with her prank-video joins Rapid 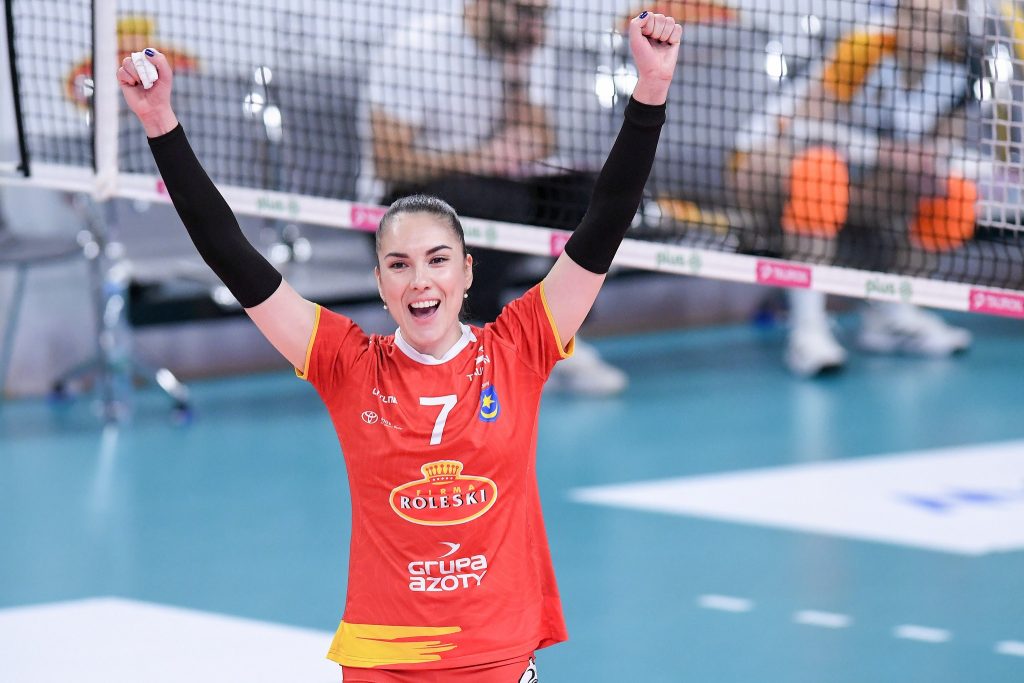 The second-most-titled club in the Romanian Women’s Volleyball Championship, CS Rapid București, engaged the ninth foreign player for the 2022–23 season.

Yuliya Gerasymova joined Rapid for the remainder of the season. The new player for the 19-time Romanian champions came from the Polish team of ROLESKI GRUPA AZOTY Tarnów. The 33-year-old middle blocker, the winner of the CEV European Golden League in 2017 with the Ukraine National Team, was an Internet sensation about a year ago. Her seducing video from the CEV Champions League match, which was actually a prank, while she wore the jersey of SC Prometey in her homeland, went so popular that it most likely became the most viral volleyball video on social media.

Gerasymova is the ninth foreign player in the roster of Rapid, currently the sixth-placed team in the Romanian Divizia A1 feminin.