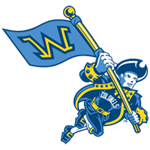 CRESSON, Pa.– The Elizabethtown men’s volleyball team moved to 1-1 on the season as they swept Mount Aloysius, 3-0 which gave new head coach Lamar Fahnestock his first career-win at the helm.

The Blue Jays will be back in action this Tuesday, January 24th at 7 PM as they host Wilkes.