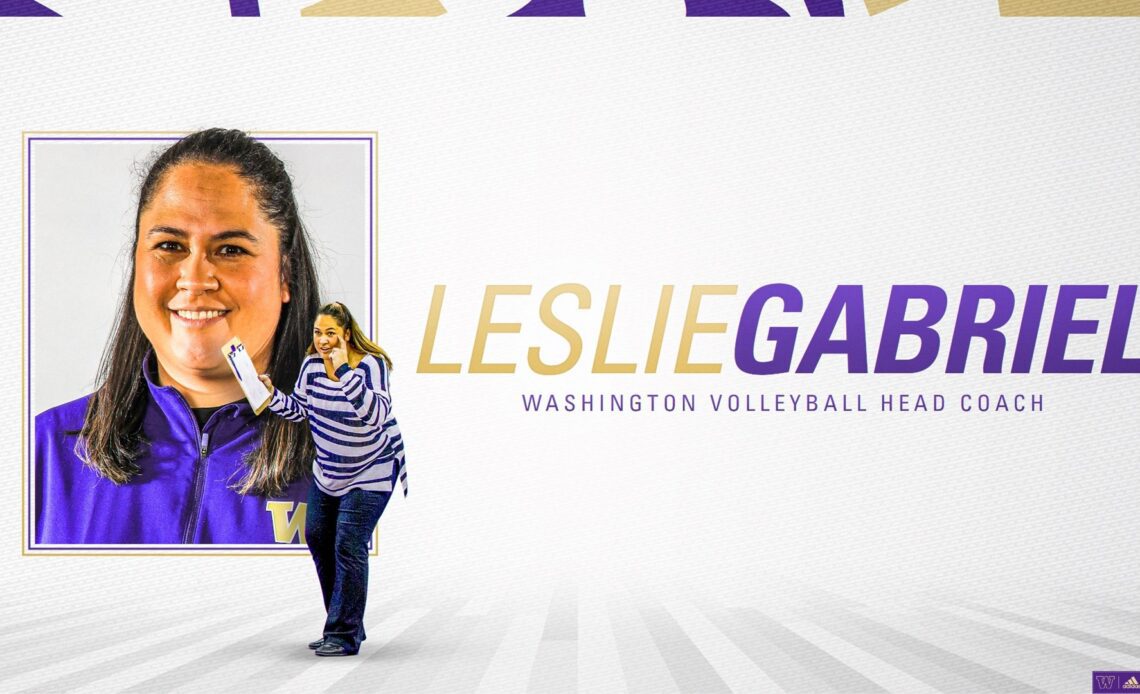 As a Husky player from 1995-98, Gabriel was one of the best blockers in Pac-12 history. She joined McLaughlin’s staff when he took over the program in 2001, rising to Associate Head Coach, and helping develop a legacy of Husky All-Americans at every position. In her more than two decades at UW, Gabriel has worked with twenty-seven AVCA All-Americans.

Gabriel becomes the ninth Head Coach in Washington history. She is the fourth female Head Coach, but the first since Debbie Buse in 1991. Buse is also the only other former Husky player to serve as Head Coach.

Leslie married Anthony Gabriel, an academic advisor at Washington, in 2010, and gave birth to the couple’s first son, Daylon, in May of 2011, followed by a second son, Myles, in March of 2013, and a daughter, Lanea, in October of 2014.