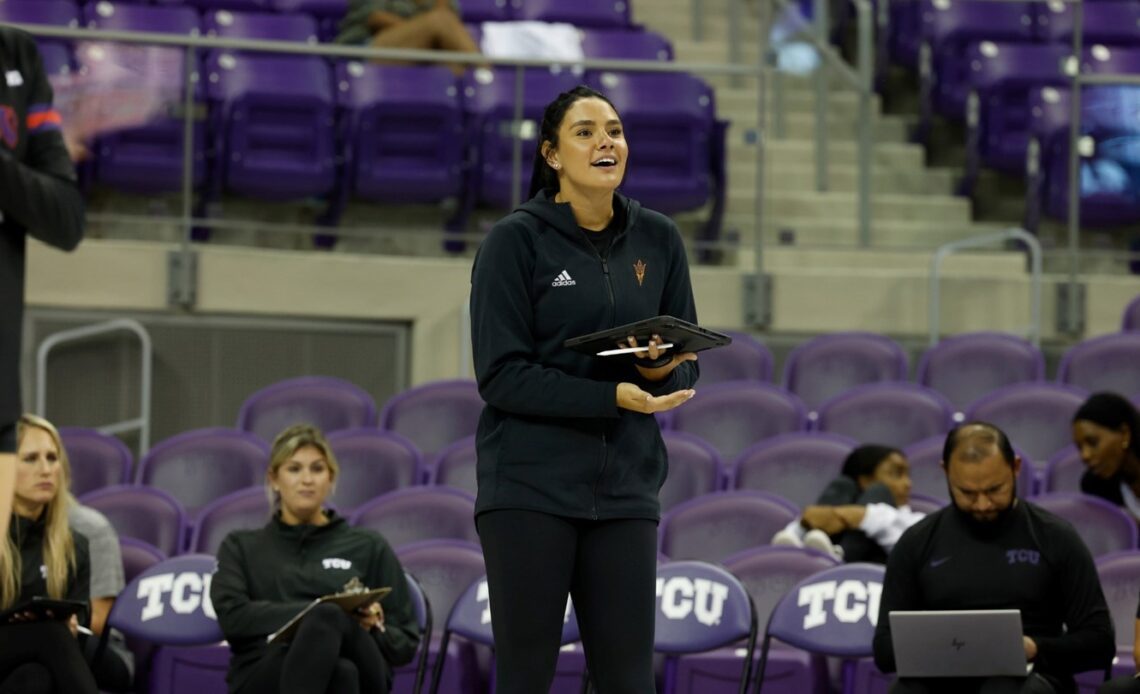 “I’m thrilled to have Preslie as the first member of my staff,” Van Niel said. “She is passionate about volleyball and Arizona State, as someone who grew up cheering for the Sun Devils. In her young coaching career, she already comes highly recommended by many people. Her ability to connect with those she coaches and her volleyball IQ will help us tremendously.”

Preslie Anderson is an Arizona native with ties to Arizona State, as her father Mike Anderson was an All-American wrestler for the Sun Devils from 1988-92. She comes back to her home state after a season as a volunteer assistant coach with TCU. She helped the team get to the NCAA Tournament and advance to the second round. Prior to that, she was a volunteer assistant with Arizona State in the 2022 spring season.

A 6-2 middle blocker, Preslie attended Cal from 2017-19, then after three seasons with the Bears she transferred to Baylor where she finished out her college playing career. As a freshman at Cal, Anderson finished the season ranked eighth in the Pac-12 with a .336 hitting percentage and led the team with 58 blocks. By her junior and final season with the Bears, Anderson had been named to the All-Pac-12 team after earning an honorable mention as a sophomore. She led the conference in hitting average with a .402.

Anderson transferred to Baylor for her senior season. During the COVID spring season, Anderson played in 10 matches with the Bears and collected 42 blocks. That season, Baylor made it to the NCAA Tournament and advanced to the third round. Anderson then competed a fifth year in the fall 2021 season, utilizing her extra year of availability due to the pandemic. The Bears again made it to the NCAA Tournament, advancing to the Sweet Sixteen for the second-straight season.

Prior to college, Anderson attended Hamilton High School in Chandler, Arizona. She led her team to back-to-back state title games and was a three-time All-Arizona selection. Anderson also has experience coaching with Aspire Volleyball Club, where she had played before her college career.