FIVB PRESIDENT: VOLLEYBALL TO BE ELEVATED EVEN HIGHER IN 2023 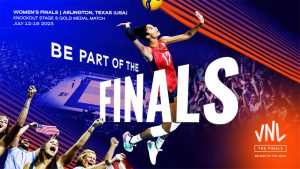 2023 is shaping up to be a very exciting year for our sport. We have the opportunity to build on our recent successes on multiple fronts.

The event calendar will be filled with phenomenal volleyball action and we will not have to wait long to see our amazing athletes in action once again. From 26 to 29 January, the debut season of the Volleyball World Beach Pro Tour will reach its climax at the Beach Pro Tour Finals in Doha, Qatar. Ten of the world’s top duos will compete in this prestigious event for medals and beach volleyball glory.

The VNL will return next year with six weeks of sporting excellence. Year on year, we have cities lining up to host the very best of volleyball, and 2023 is no exception. A fantastic line-up of host cities has already been announced with venues in Asia, Europe, North America and South America.

The venues for the VNL Finals are no exception to this, with the top eight women’s teams set to battle it out in Arlington, Texas, USA from 12 – 15 July and eight elite men’s teams to compete in Gdansk, Poland on 19 – 23 July.

The women’s VNL Finals 2023 will be staged in Texas, USA

We will also move closer to the Olympic Games Paris 2024. Six direct qualification spots will be available at the Olympic Qualification Tournament scheduled for 16 – 24 September 2023 and 30 September – 8 October 2023 for the men’s and women’s edition respectively. No doubt the competition will be fierce!

In the latter half of 2023, from 6 to 15 October, three cities in Mexico – Tlaxcala, Huamantla and Apizaco – will host the FIVB Beach Volleyball World Championships for the first time in the country’s history. With 48 teams per gender in the running to lift the title, the 2023 edition takes on extra significance with the winners guaranteeing their nation a place at Paris 2024. 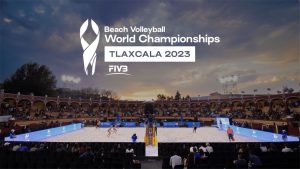 Mexico will host the FIVB Beach Volleyball World Championships in 2023

Of course, our efforts to elevate the sport to even higher levels through the Volleyball Empowerment programme will not slow down. We will open the application platform very early in the new year for all 222 of our National Federations to apply for support.

Over the past decade, I have worked to teach our National Federations how to fish so that they have the tools and knowledge to take our sport to the next level in their…