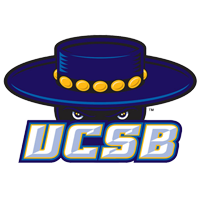 Senior Kevin Lamp and freshman Theo Snoey tied for a team-best 11 kills. Lamp hit .318 and had five digs and three blocks, while Snoey’s 11 kills came on 15 swings with just one error for a season-best .667 attack percentage.


Middle blocker Nathaniel Gates was solid on both sides for the ball, registering a season-high seven blocks to go with three kills on .500 hitting. He also had three digs, including the Cardinal’s second dig-kill of the season.

For the match, Stanford had a sideout rate of 83 percent to just 60 percent for UCSB.

Outside hitter Will Rottman turned in 10 kills on .368 hitting, five digs. Middle blocker Ethan Hill chipped in with three kills and two blocks, including one of the solo variety to seal the second-set win, and the team’s lone ace of the night.