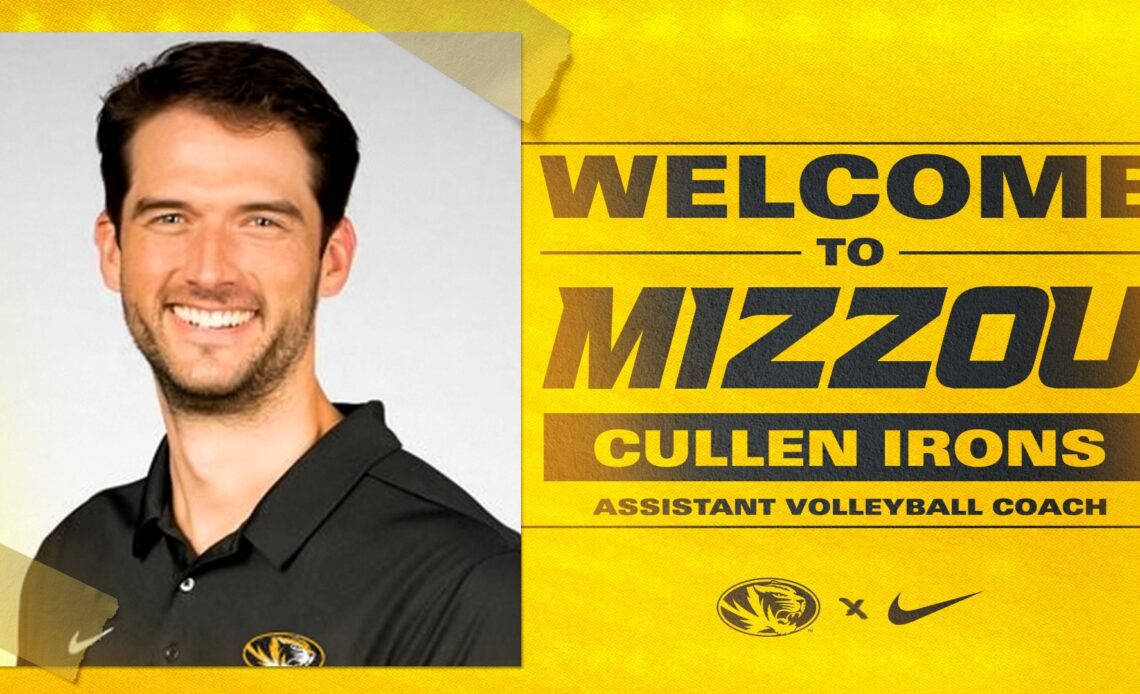 Irons most recently spent the 2022 season on Sullivan’s staff at UNLV. The duo led the Rebels to the 2022 Mountain West Conference Championship and a berth in the NCAA Tournament.

The Rebels went 17-1 in conference play, beating the longest win streak in program history, which was 12 wins in-a-row, set in the shortened Spring 2021 season.

With Sullivan, Irons coached 2022 MWC Player of the Year Isabel Martin and Jhenna Gabriel who earned the league’s Newcomer of the Year. Martin, Gabriel, and Gabrielle Arretche-Ramos were selected first-team all-conference, and Jordyn Freeman was an Honorable Mention honoree.

Irons brings a wealth of volleyball coaching experience to Mizzou as he has had stints at the collegiate level and on the international stage.

Irons has coached at Texas A&M, Oklahoma, and UC Santa Barbara along with the USA NORCECA (North, Central America and Caribbean Volleyball Confederation) Continental Championships Team. He also served as a practice player for the USA women’s Olympic team in 2020 and 2021.

In 2016, he was named the American Volleyball Coaches Association (AVCA) Division I-II Men’s National Assistant Coach of the Year after he helped guide UC Santa Barbara to their second 20-win season in the last 25 years. Irons was then elevated to the Gauchos’ Associate Head Coach ahead of the 2019 season.

In April 2019, he was selected to the AVCA’s Thirty Under 30 Award list and was one of just two recipients from the men’s NCAA Division I-II level.

Irons was involved in all facets of the UCSB men’s volleyball program, including recruiting, scouting, game planning, practice coordination, operations, and community service. With Irons on the staff, UCSB accrued a 99-68 record over the span of six seasons.

Irons, a Hanford, California, native, played collegiately at UCSB from 2008-11, totaling at least 250 kills and 100 digs in all three of his seasons as a starting right-side hitter. He was named to the 2011 All-NCAA Tournament Team after leading the Gauchos in kills and ranking second…