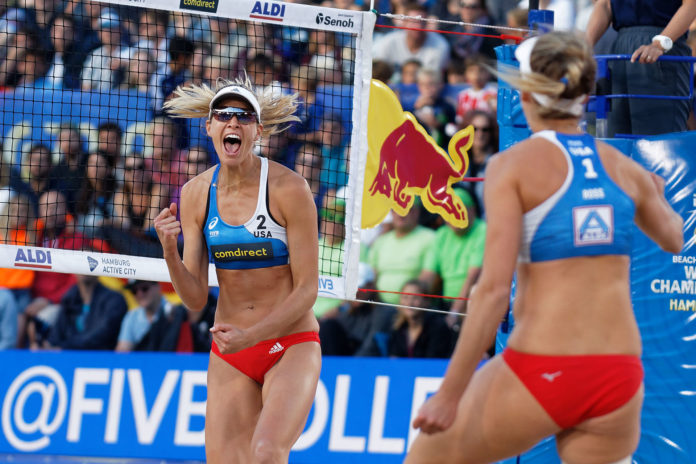 HERMOSA BEACH, California — As schedules have slowly become unrolled and partnerships for the 2023 season and beyond announced, there still remained the biggest mystery on the beach:

What would April Ross and Alix Klineman do after staking their claim as the No. 1 team in the world and winning the Tokyo Olympics gold medal?

For the latter, there is no more mystery: Alix Klineman is pregnant. About five months along now, too, sharing her 6-foot-5 frame with a baby boy.

“I’m honestly in awe about the fact that I’m growing a baby inside of me and it’s going to come out in the world and live a full life,” she said. “It’s nuts.”

She announced the news to the world on Monday morning, in an Instagram post with her fiance, Teddy Purcell, a former right winger in the NHL for the Los Angeles Kings, Tampa Bay Lightning, Edmonton Oilers and Florida Panthers.

Now in the second trimester, Klineman is, for the most part, past the morning sickness and the cravings and her energy has returned to normal. With a due date later this summer, she could very realistically return to the beach in time to make a legitimate run at the 2024 Paris Olympic Games, especially with a schedule that stretches all the way until mid-December. It’s something she’s not ruling out, though she can’t guarantee anything, either.

“Right now my priority is having a healthy pregnancy and doing everything I can to deliver a healthy baby, but if everything worked out perfectly and magically maybe there would be a chance to make a last-second run at the Olympics,” she said. “I’m still holding out hope for that but at the same time I don’t feel comfortable saying 100 percent I’m doing this because I don’t know how my body is going to react, I don’t know how I’m going to feel emotionally after everything so I just feel like I have to take it one step at a time.

“You just hear so much about how it changes your world and I’m sure it’ll change mine. It’s just something I’m going to have to wait and see. Initially we were hoping this would have happened a little bit earlier just to give me a bigger and better opportunity to come back for Paris but life has its own plans so we’re just happy to be expecting a boy and to become parents and all that.”

It has been done before.

Kerri Walsh Jennings was five weeks pregnant during the 2012 Olympic Games, where she won gold with Misty May-Treanor, and went on to win bronze as a…