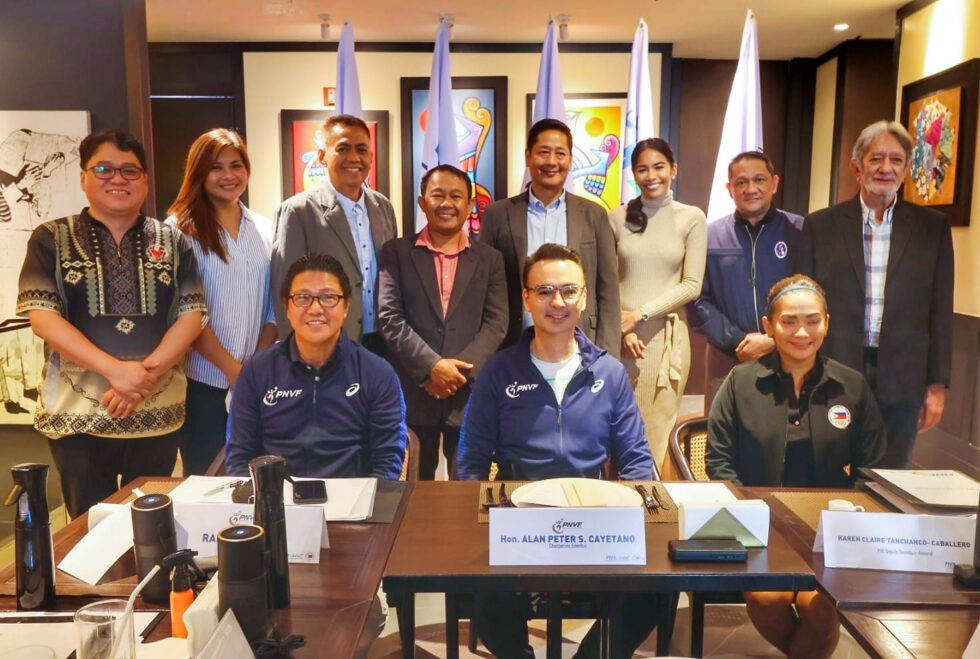 Ramon “Tats” Suzara was elected to a fresh two-year term as President of the Philippine National Volleyball Federation (PNVF) during the national sports association’s board meeting at The Vault at the Bonifacio Global City.

“I would like to thank the PNVF board for their trust and confidence on me leading the federation. Rest assured, I will work toward making volleyball better and our national athletes stronger in the next two years,” said Suzara, who also thanked the Philippine Olympic Committee (POC) and the Philippine Sports Commission for supporting the PNVF.

“Thank you for the small part that I have been given in the PNVF,” Cayetano said in a brief speech after the elections. “Let’s look forward again to 2023 and further.”

Cayetano was also named head of delegation of the national volleyball team to the Cambodia 32nd Southeast Asian Games in May and Senator Pia Cayetano of the squad to the Hangzhou Asian Games in September.

Suzara was elected PNVF President in February 2021 after the FIVB ordered for the creation of a new national sports association for volleyball under the supervision of the POC headed by President Rep Abraham “Bambol” Tolentino.