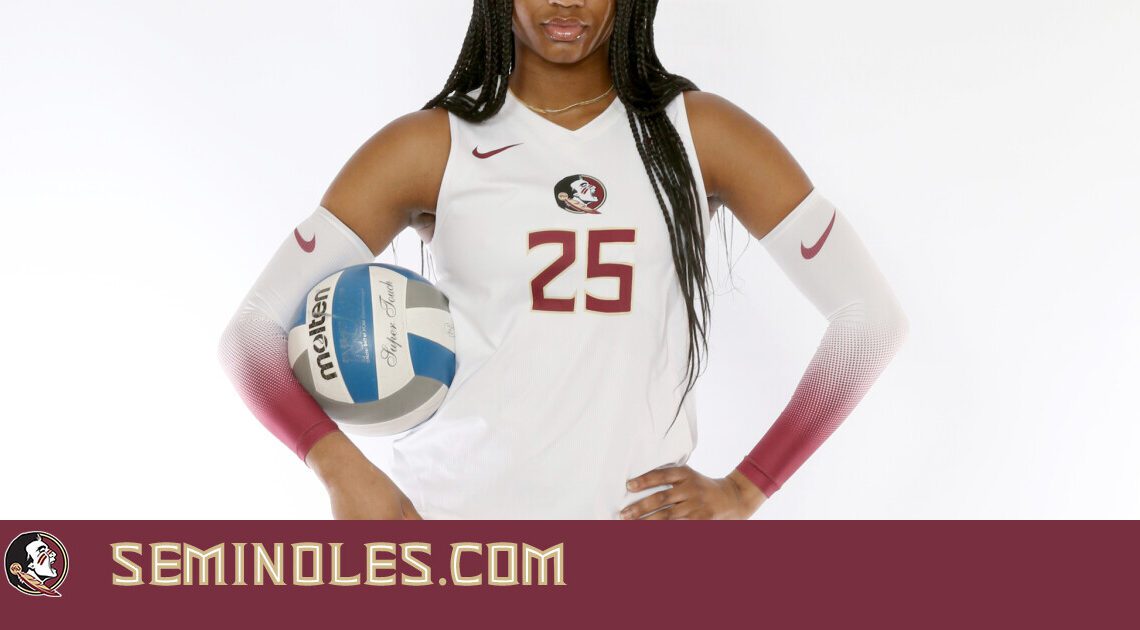 “We are so excited that Kiari is joining the Florida State volleyball family. Kiari is very athletic and has gained great experience in the Pac-12 and nationally in the last two years. After losing a couple of middles to graduation, Kiari will help our depth with four middles in training,” Head Coach Chris Poole said.

Robey was a key piece for Oregon on their way to the Elite Eight in 2022. The 6-2 middle blocker tallied 156 kills and a team-high 107 blocks. In three matches in the NCAA Tournament, Robey tallied 21 kills and 12 total blocks while hitting .549. Robey’s 1.05 blocks per set ranked 10th in the Pac-12. Robey’s best game of the 2022 season came against UCLA where she tallied 10 kills and 8 blocks in a five-set victory over the Bruins.

Robey is from Atlanta, Ga., where she played for Hilgrove High School. Coming out of high school, Robey was ranked the No. 67 overall player in the 2020 class by PrepVolleyball.com. Robey is a special athlete having competed in multiple triathlons. Robey competed for the club Atlanta Performance Volleyball and did not play high school volleyball until her senior year due to being homeschooled.