What happened to Tri Bourne and Trevor Crabb? 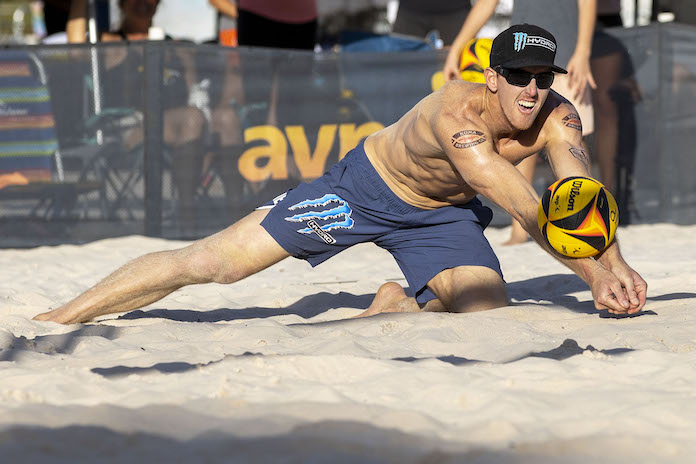 HERMOSA BEACH, Calif. — It has exceeded all hype, this off-season. A few wintry months were expected to be mostly devoid of fireworks and partnership changes and drama, especially on the men’s side, where it appeared that most pairings were quite set. And even though Theo Brunner didn’t initiate the eventual cascade of changes, he knew it wouldn’t have made much sense for the top four U.S. men’s teams to stay as they were. He and Chaim Schalk, he said, sort of had a case, as the No. 1 American team and the only one to accomplish anything of note on the Beach Pro Tour last season, with a fourth at the World Championships. Yes, there was some late success in the fall events — Troy Field and Chase Budinger winning silver in the Maldives, Andy Benesh and Miles Partain winning gold in Dubai, Taylor Crabb and Paul Lotman winning bronze in the next Dubai, Lotman and Miles Evans finishing fourth in Torquay — but they were mostly watered down and not the most useful barometer for how those teams will fare in fully loaded Olympic qualifying events.

So Tri Bourne, of all people, did something about it, shocking much of the beach volleyball world when he and Schalk announced their pairing. That kicked off a slew of changes — Brunner to Trevor Crabb, namely — that will trickle all the way down into the qualifier ranks of the AVP. It put Bourne firmly on the hot seat of this week’s episode of SANDCAST: Beach Volleyball with Tri Bourne and Travis Mewhirter, answering half-a-dozen questions on the move, and what the future looks like for him.

How did Tri break the news to Trevor?

Bourne explained it on this week’s SANDCAST: “I just called him, and he says ‘All right, yeah, do what you gotta do.’ And I said ‘All right.’ That was it. Quickie.”

Sorry for the lack of drama, folks.

Both have been in the business long enough to understand that beach volleyball is, to individuals at their level, exactly that: A business. When the breakup happened, Bourne explained his line of thinking well enough, that it was a partnership initially intended to be short-term, to bring a little fun back into Crabb’s game during a relatively disappointing season with John Mayer, and for Bourne to get back on the sand with a good friend after sitting out nearly two years with an autoimmune disease.

Five years later, they were still playing together.

“Trevor and I turned…