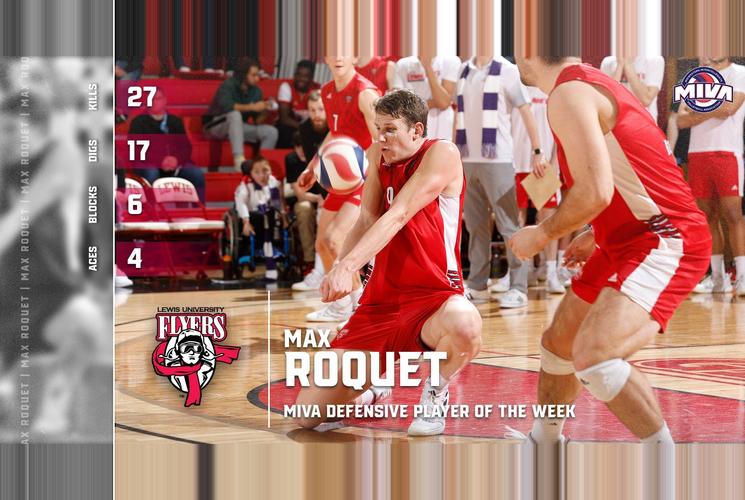 
The Midwest Intercollegiate Volleyball Association has announced that Lewis sophomore outside hitter Max Roquet (Johnston, Iowa/Johnston) was named MIVA Defensive Player of the Week for his efforts last week. This is Roquet’s first honor this season and career.

Roquet helped Lewis with a pair of victories in the two matches he played in this past week with wins over King and UC San Diego fueled by both offense and defense. The outside hitter averaged 2.43 digs and 0.86 blocks per set.

Roquet had seven digs and a solo block in a 3-0 victory against King but on the offensive side of the ball he recorded eight kills. On Saturday, the sophomore had 10 digs and five blocks against UC-San Diego while also recording 19 kills on offense.

The No. 15 Lewis men’s volleyball team will be back in action this weekend for the First Point Collegiate Challenge as the Flyers take on Stanford on January 20 and then face Pepperdine January 21.