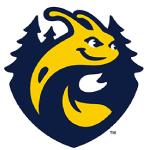 AUSTIN, Texas – Playing without starting setter Nathan Lietzke, No. 8 Stanford dropped an 18-25, 17-25, 25-20, 23-25 decision to No. 4 Penn State, Saturday, in the finale of the First Point Collegiate Challenge at the Austin Convention Center.

Outside hitter Will Rottman led the Cardinal with 14 kills on .480 hitting, four digs and an ace. Libero Justin Lui racked up 12 digs, marking his third straight match in double digits.

Starting at setter in place of Lietzke, who was not in uniform, was freshman Theoren Brouillette. The San Jose native tallied 37 assists and eight digs in his first collegiate start.

Penn State relied on its service pressure early in the match, keeping the Cardinal out of system for much of the first two sets. Outside hitter Kevin Lamp was replaced by freshman Alex Rottman midway into the second set and played the remainder of the match.

Trailing 2-1 in the match, Stanford rallied back with a wire-to-wire win in the third, but was unable to overcome a late 6-2 run by the Nittany Lions in the fourth.