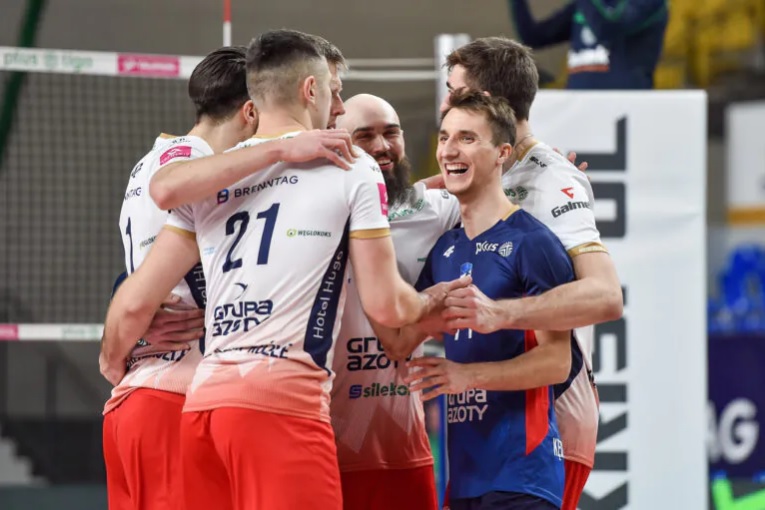 In the last PlusLiga match played this year, valid for Round 18 of the 2022–23 season, ZAKSA defeated Aluron 3-1 in the hit match. The Poland National Team member, Norbert Huber, appeared on the court for ZAKSA for the first time after a seven-month break. The champions had to face the vice leaders without starting libero Erik Shoji. The American player fell ill. ZAKSA interrupted their own two-game losing streak but also put an end to the great run of Aluron, which had won the previous 12 league matches.

After taking the first set, the ‘Jurassic Knights’ were on their way toward taking the next one too. But at 15-12, their outside hitter Bartosz Kwolek got a yellow and red card, and the set went the opposite way. Aluron also squandered 7-2 in the third set – the titleholders, regardless of their shakey campaign this season, should never be given so many chances to recover.